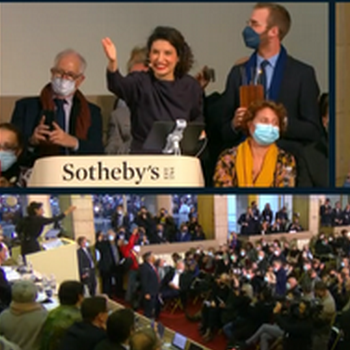 The Charity barrel, also known as the Pièce des Présidents (Presidents’ barrel), led the sale, and this year the wine was selected from the prestigious Corton Renardes vineyard. Sold to benefit the Fédération Nationale Solidarité Femmes, to help in their fight against violence towards women, and the Institut Curie, to aid medical research against breast cancer, the unique single-barrel cuvée established a new record price for the Hospices de Beaune Charity barrel, eclipsing the previous record set in 2020. It was acquired in the room by Mattia Tabacco from Oeno Group, a multi-award winning Fine Wine House specialising in luxury rare wines, based in London.

The two organisations were represented respectively by French actress and film director, Jeanne Balibar, and French actor, Pio Marmaï, patrons of this year’s sale, who both took to the rostrum to drum up even more excitement for the highly anticipated lot. Bidding opened to the strains of Aretha Franklin’s ‘Respect’, and over the course of a memorable 15-minute bidding battle, the audience erupted into applause several times as the figure rose ever higher. The entire proceeds of the €800,000 sale price will be donated to the two designated organisations.

The €12.6 million raised from this year’s sale and future sales will allow for the completion of the €70 million reconstruction of the Philippe Le Bon Hospital in Beaune, and the acquisition of a new mammography machine. Funds will also support the Hôtel Dieu museum project, delayed by the pandemic. 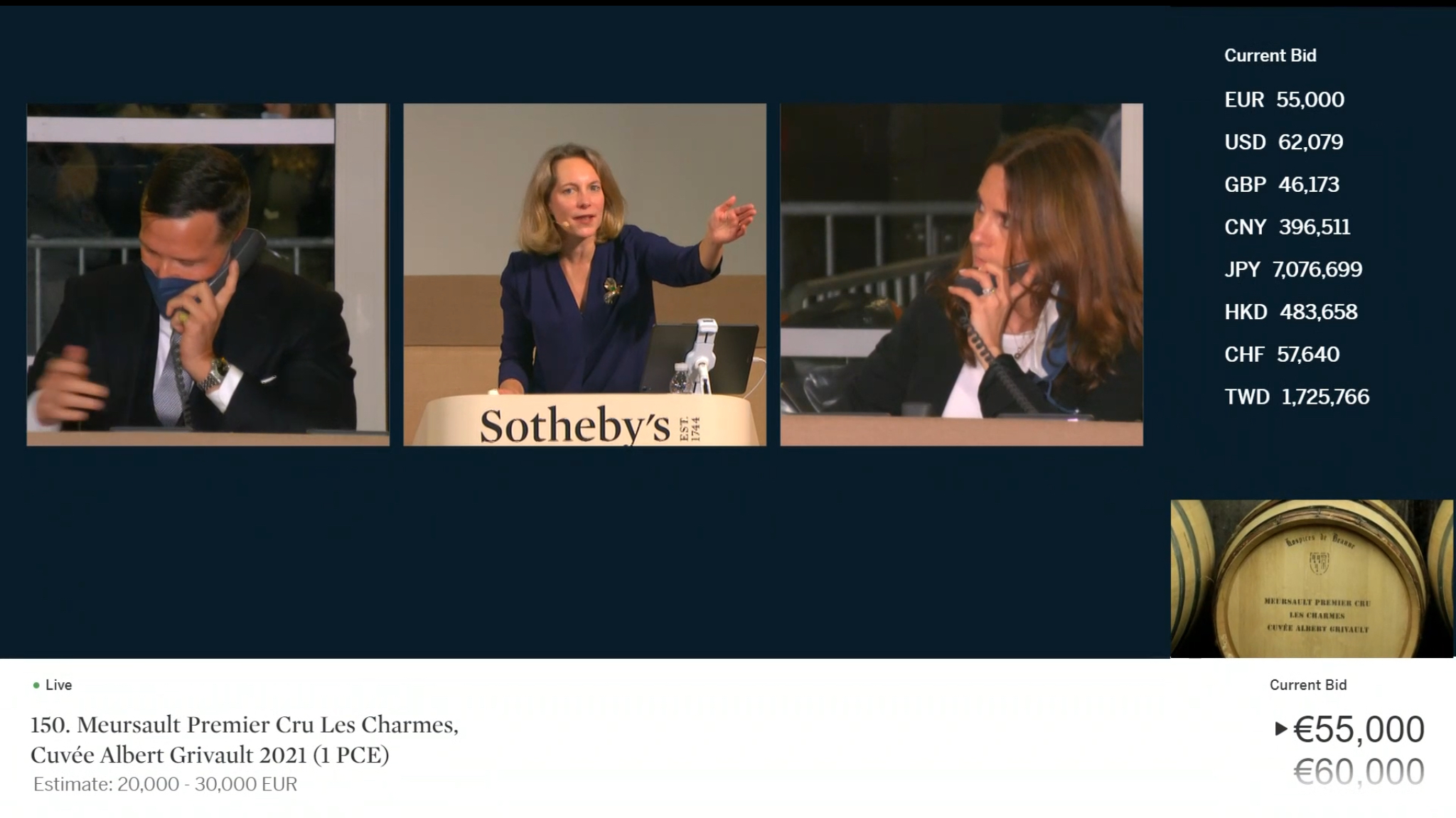 François Poher, Director and Chairman of the Board of Hospices Civils de Beaune, said: “We are proud to have contributed to raising awareness about women’s rights, and their entitlement to healthcare and equality. The result of the sale exceeded our expectations. We have a great responsibility to build a new, safe and exemplary hospital'

Mario Tavella, President, Sotheby’s France, Chairman, Sotheby’s Europe, said: “It has been an absolute honour and pleasure for us to work with the Hospices de Beaune, an institution that has been making wine and providing care for their community for hundreds of years. We are delighted the funds are going to such great causes and look forward to hosting the next auction on the third Sunday in November next year.”

Jamie Ritchie, Worldwide Head of Sotheby’s Wine, said: “This historic sale was an extremely rewarding collaboration between Sotheby’s France, our global wine team, and the team at the Hospices de Beaune, with the incredible support of all the négociants and individuals who participated. While this was the smallest number of lots offered in over forty years, the results achieved were well beyond our highest expectations, with only 362 lots achieving an average increase of 85% per cuvée. Demand for Burgundy has been steadily increasing and this, combined with the exceptional quality of the wines produced by Ludivine Griveau and her team, and the small size of the vintage, led to vibrant bidding, with collectors enthusiastically shouting out bids from the floor of the saleroom.”

This year’s event marked the Hospices de Beaune’s first time partnering with Sotheby’s to organise and host the auction, which has come to represent the pinnacle of the calendar in Burgundy. Prior to the sale, 17 tastings and dinners were held in cities all over the world, from Shanghai and Mexico City, to Monaco.